Northgard is a strategy game based on Norse mythology in which you control a clan of Vikings vying for the control of a mysterious newfound continent.

After years of tireless explorations, brave Vikings have discovered a new land filled with mystery, danger and riches: Northgard.

The boldest Northmen have set sail to explore and conquer these new shores, bring fame to their Clan and write history through conquest, trading, or devotion to the Gods.

That is, if they can survive the dire wolves and undead warriors roaming the land, befriend or defeat the giants, and survive the harshest winters ever witnessed in the North.

The Viking High King is murdered and his REGAL HORN is stolen by a man named HAGEN. This event kickstarts a saga that will take RIG, his son and heir accompanied by his right-hand man BRAND through the new continent of NORTHGARD, where he will make new friends and foes and discover a much greater threat than HAGEN, and the reasons behind his father’s assassination.

In order to complete the 11 chapters campaign, the player will have to master the specificities of all 6 clans and tame the unforgiving wilderness of Northgard.

"It's an impressively well-made thing, a finely-embroidered cloak of an RTS with all the elements sewn together in a pleasing and sensible way."
Rock Paper Shotgun

"Northgard is already worthwhile, and it could easily become a must-play for strategy fans if Shiro Games continues to add to and improve the already solid foundation that they've laid so far."
Tech Raptor
Up Next
You can skip ad in
SKIP AD >
Advertisement
/
Quality
Speed
PRIVATE CONTENT
OK
Enter password to view
Please enter valid password!
0:00 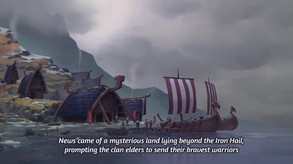 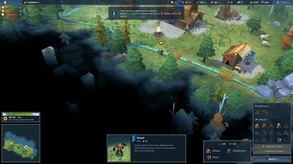 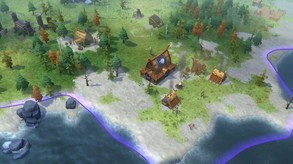 -47%
Add to Wishlist
Mordheim: City of the Damned
VIEW
ADD