Forced to leave your home under mysterious circumstances, you find yourself drawn into a conflict that has the Sword Coast on the brink of war. Soon you discover there are other forces at work, far more sinister than you could ever imagine…

Since its original release in 1998, Baldur’s Gate has set the standard for Dungeons & Dragons computer roleplaying games. Customize your hero, recruit a party of brave allies, and explore the Sword Coast in your search for adventure, profit… and the truth.

Running on an upgraded and improved version of the Infinity Engine, Baldur’s Gate: Enhanced Edition includes the original Baldur’s Gate adventure, the Tales of the Sword Coast expansion, and all-new content including three new party members.

"The writing of Baldur's Gate has always been one of its strongest aspects. The story remains unchanged and still holds up."

8.5/10 - Destructoid
"Hammers out a multitude of bugs found in the original release, as well as introduces brand new characters, storylines, and modes to play through.

8.5/10 - Inside Gaming Daily
"Enhanced Edition has received a number of visual upgrades including support for high resolutions that provide a far more panoramic view of the game's lovely, lush backgrounds, and a mousewheel-controlled zoom function for quickly shifting to a more down-and-dirty view of the battlefield."
The Escapist
Up Next
You can skip ad in
SKIP AD >
Advertisement
/
Quality
Speed
PRIVATE CONTENT
OK
Enter password to view
Please enter valid password!
0:00 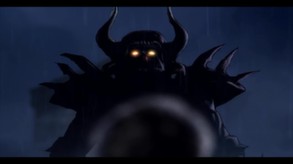