Age of Wonders III is the long anticipated sequel to the award-winning strategy series. Delivering a unique mix of Empire Building, Role Playing and Warfare, Age of Wonders III offers the ultimate in turn-based fantasy strategy for veterans of the series and new players alike!

Create an Empire in your own Image


"This is a deep experience backed by intricate mechanics and a concerted polish that makes gameplay immediately intuitive and rewarding. Age of Wonders 3 will keep you up until the wee hours of the morning, constantly muttering that you'll crawl into bed after just one more turn."
9/10 - Joystiq

"A war worth sinking your teeth into"
83/100 - PC Gamer
Up Next
You can skip ad in
SKIP AD >
Advertisement
/
Quality
Speed
PRIVATE CONTENT
OK
Enter password to view
Please enter valid password!
0:00 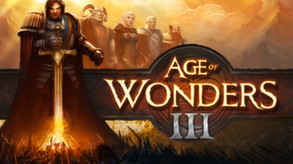